The Golden Age of the Byzantines

Use the Prezi below to complete both PART A and PART B of the yellow notes packet you receive in class. Keep this sheet when you finish.

Directions:  Click on the link below to read a  passage about the Emperor Justinian.  Fill in the Part 2 Notes page of your yellow packet as you do.  You do not need complete sentences.  Do bullet points and sum up information in order to save room.
Emperor Justinian I

Concept Check - Beginning of the Byzantine Empire & its Golden Age

Use your white and yellow note packets about the Byzantine Empire to help you complete the Concept Check on Google Classroom. 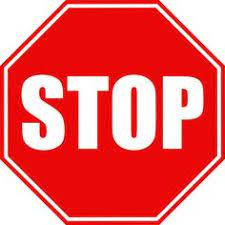 Some of you have started this!  Get a the white packet (from your folder or the front table) and use the link below to get to the article for the assignment.
10 interesting facts
​

DO NOT MOVE ON BEYOND THIS POINT!!!

A Primary Source Look at Emperor Justinian...
Procopius is one of those writers that present us with the little mysteries of history. He writes several books praising the emperor and his accomplishments, then he turns around and writes The Secret History, in which he describes the reigning emperor Justinian and his empress Theodora as the most dishonorable and treacherous people on the face of the Earth, always betraying their friends and supporters and condemning innocent men and women to exile, death, or dungeon. Procopius wrote all of his works while Justinian was still on the throne in that period of time when the Eastern Roman Empire was evolving into the Byzantine Empire. He was the personal secretary of Belisarius, Justinian’s very capable and successful general who reconquered North Africa and Italy for the Roman Empire, throwing the Vandals and Ostrogoths from power in these former Roman provinces.

Historians are still trying to guess why Procopius wrote so favorably about Justinian at first, then wrote the scandals in The Secret History, and then turned around and wrote glowing accounts of Justinian’s accomplishments again. Obviously, this work could not be published during the reign of Justinian and was only published after A. D. 535, the year in which both Justinian and Procopius died.

SOURCES ACTIVITY - The Reign of Justinian I

Many people who study the reign of Justinian would say that he was something of a paradox (he contained both good and bad qualities).  His reign is both simultaneously revered (loved) and reviled (hated).

Answer the questions in the packet you are given using the appropriate source provided to find out more about how people would have liked Justinian.

Assessment - The Rule of Justinian I

Now that you have learned a bit about the rule of Justinian during the Golden Age of the Byzantine Empire, you will use the information you have found to make an informed decision about the popularity of his reign and enduring impact you think he had.  This assignment will require you to use evidence to support your claims.
Essay
You have reviewed multiple sources about the rule of Justinian I.  These pieces provide information to begin drafting your own argument.  Answer the following question:

Explain two different perspectives people living under Justinian's rule may have had about him as a ruler and why.  Then evaluate the legacy you think he had on the world today.

Write and informative piece that addresses the question and support your position with evidence from at least two of the sources.  Be sure to acknowledge competing views/perspectives people from his time period would have had. Give examples to illustrate and clarify your position.


So what should your essay include?  Mechanics/Aesthetics:
- Organized (well constructed paragraphs and sentences), spelling and grammar checked, legible . 4 pts.
Total - 20 pts.  ﻿