Introduction to the Persian War:

Like any ancient civilization, the Greeks often interacted with other cultures.  Often this resulted in positive outcomes like trade and the exchange of culture and ideas.  Other times it resulted in conflict and even war.

We are going to learn about the wars that were fought between the ancient Greeks and the Persian Empire.  These lasted from roughly 492 to 449 BC.  Before we do this though we need to understand who these Persians were! 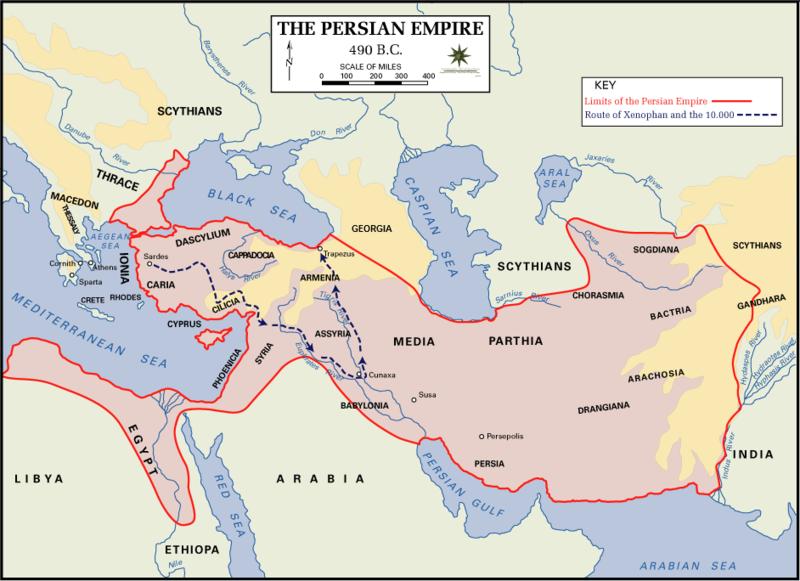 Life in the Persian Empire - Research/Notes Activity - Side 1

Use the Resources below to find information about when this great empire existed and what it was like to live within it.

Click on the link to complete the edcite assignment.  You have to drag and drop info about the ancient Greeks and The Persian Empire into the correct category.  Use your notes about the Persian empire and what you already know about ancient Greece to help!

You can follow along with the presentation below if you would like.  Make sure you move forward by clicking the arrows at the bottom!

Video - "The Persians and the Greeks"

Activity 2 - Thermopylae:  How many Persians were at the Battle of Thermopylae?

1. Get the graphic organizer and question sheet from me.

2. You will be looking at 4 documents that discuss this battle.  Some are primary sources and others are secondary.

3. Your goal is to analyze each account of the battle to see if you can determine the actual number of Persians at the battle of Thermopylae!
Powered by